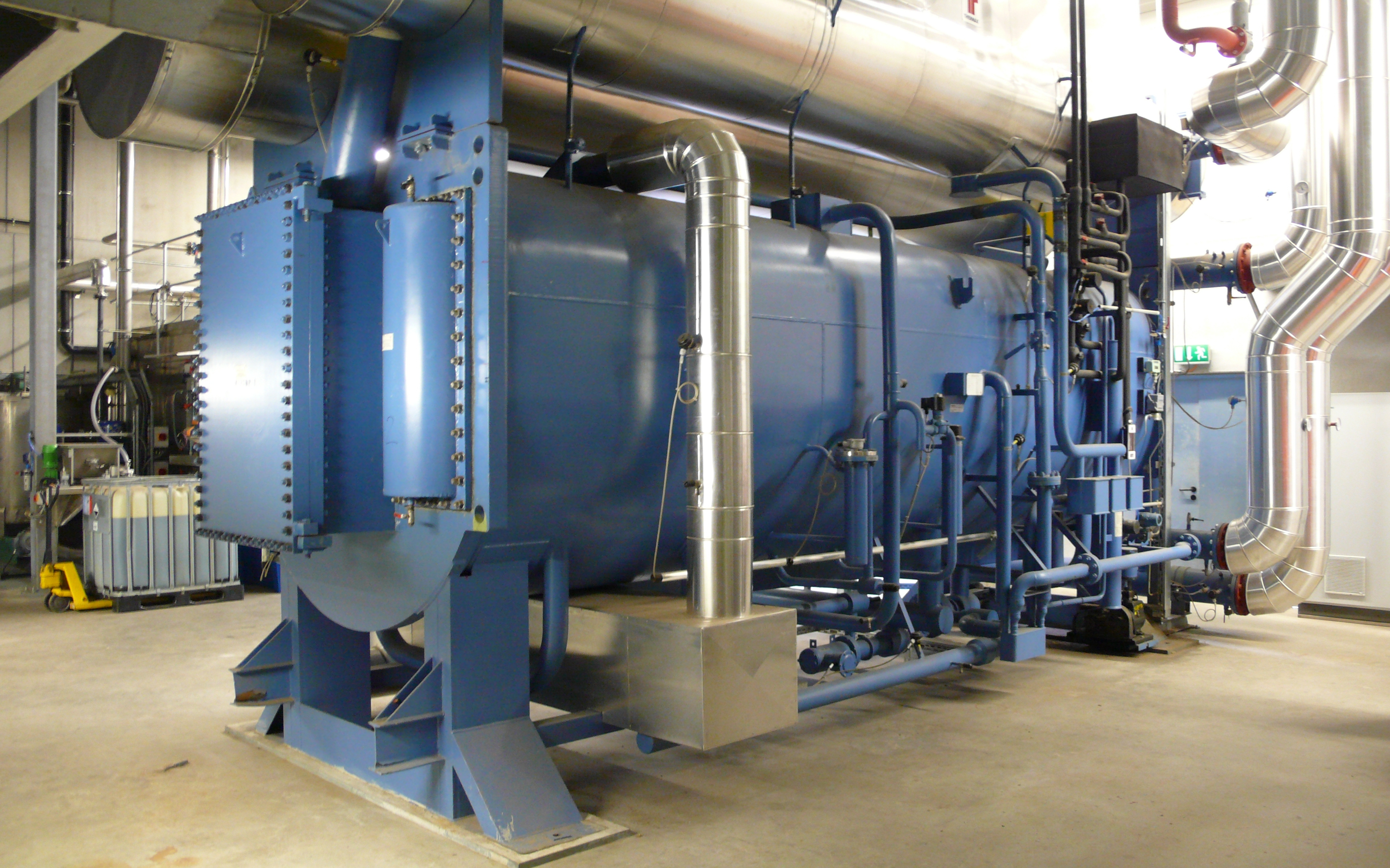 Refrigeration units are designed to keep the temperature below ambient temperature from 10°C to -150°C in a given room (refrigerating camera). The heat is removed from camera due to consumed energy. Refrigeration unit is designed according to  design task, which determines cooled object, required cooling temperature range, energy sources and types of cooling medium (water or air).

One or more refrigeration units, equipped with auxiliary equipment: power and water supply systems, instrumentation, regulation and control devices, as well as heat exchange system with cooled object, can be used in one refrigerating unit. The refrigeration unit can be installed indoors, outdoors, in transport and in various devices in which it is necessary to maintain predetermined low temperature and to remove excess humidity.

Heat exchange system with cooled object can be:

Closed system can also be with intermediate coolant, which transfers the cold from  refrigeration system to cooled object. The refrigerant (freon) comes under pressure into evaporating camera, where, due to a sharp decrease in pressure, it turns into vapor. During evaporation, the coolant takes away the heat – it results into cooling of interior space of refrigerating camera.

The compressor sucks evaporated refrigerant by squeezing it and pushes it out into condenser. In condenser, the refrigerant, heated during compression, gives heat to the external medium and turns into a liquid. After that, the whole process is repeated.

TRV is a necessary part of such a refrigeration unit, it creates a pressure difference between evaporator and condenser. The flow opening of TRV changes with decreasing heat load on refrigerating camera.

Principle of multistep or cascade is used in cases where it is necessary to obtain a temperature below -30°C in compression refrigeration unit.

In multi-stage refrigeration units, steam compression occurs in several stages with its cooling after each compression stage.

Absorber, a pump, a steam generator and pressure reducing valve are used in absorption refrigeration units, instead of compressor. Steam leaves the evaporator and passes into absorber, where it is combined with an absorbing liquid that absorbs  evaporated refrigerant, while the pressure in absorber is lowered and a new portion of steam enters it. The absorber and refrigerant mixture is cooled and then fed to a pump in which its pressure rises. The cold high-pressure liquid enters the boiler (evaporator) where most of it is converted to steam, this vapor passes through the condenser, and the absorbent cools and returns to repeat the cycle.

Mechanical work in absorption refrigeration units is less than in compression ones, but they consume more energy in the same way as most of the energy is consumed by the boiler. The use of absorption plants is cost-effective in enterprises where is a large unused heat emission (steam, hot water, waste gas).

In steam-jet system, refrigerant is water, for this reason, the temperature inside of  refrigerating compartment can not fall below 0°C.

Such installations consist of an ejector, an evaporator, a condenser, a pump and a thermoelectric device. The source of energy is a vapor of 0.3-1 MN/m2, it enters the ejector nozzle and expands there. The evaporator maintains a reduced pressure at which the boiling point of the water is approximately + 5°C. In the evaporator, water is cooled, which flows to the consumer. Steam enters the condenser, giving heat to the environment.

Steam-jet systems are used in industry – if there are high or medium pressure steam and cheap water. Such installations are often installed on ships.

In installations of this type, expansion of compressed air in vortex cooler units is used for cooling.

Such refrigeration units are not widely used due to the high noise level, the need for compressed air to 10-20 atmospheres and low efficiency. The main advantage of vortex refrigerating plants is the high safety of such an installation (it does not use electricity, there are no moving parts and chemical compounds harmful to health) and durability.

This type of refrigeration machine is built on Peltier elements – it has also not been widely used due to the high cost of cooling elements. Thermoelectric refrigeration systems are most often used in coolers of drinking water and other compact low-power plants.

The Peltier effect is in passage of an electric current through a thermocouple junction, then thermal energy is released or absorbed. Such a specific thermocouple is a Peltier cooling thermoelement.